Bournemouth boss Gary O’Neil described Saturday’s 2-0 home defeat by Crystal Palace as “the worst I’ve seen” since he took over in late August.

“I was really disappointed with nearly all aspects of the day. We looked so flat, and there were so many errors with the ball.”

Opposite number Patrick Vieira felt a sense of “relief” as Palace recovered from back-to-back Premier League defeats to finish 2022 on a high.

“People had doubts about us but I know my players well and how well they can play,” said the Frenchman.

“It’s important to trust the players we have, when you have a young group of players, there will be some ups and downs.

“Everybody needs to control their emotion and manage our expectations.”

Palace had not registered a shot on target in their previous two games, but there was no subtlety about either goal, with both created by Michael Olise’s pinpoint delivery from corners.

The opener came when Jordan Ayew was left virtually unmarked at the near post from Olise’s left-wing delivery, leaving him the easy task of planting a downward header across goal and into the net.

The Eagles doubled their lead when Olise’s delivery from the opposite side was driven perfectly into the path of Eberechi Eze, who had space on the edge of the area to blast the ball past Mark Travers.

With much of the game played in driving rain, Bournemouth struggled to find any fluency and created few clear-cut opportunities, although Dominic Solanke stung the palms of visiting goalkeeper Vicente Guaita after the break.

Vieira described Boxing Day’s defeat at “one of the worst days” since he arrived as Palace manager.

Forced into two changes after seeing two of his defenders sent off during the 3-0 home loss against Fulham, he resisted any temptation to make more alterations despite failing to score in five of their last six away games, and was rewarded with a no-nonsense display.

Marc Guehi, back from a suspension of his own, marshalled the retooled Eagles defence well against the aerial threat of Kieffer Moore and the guile of Solanke.

The defence and midfield were quick to pounce on second balls, while their front runners always posed a threat on the break.

“Michael Olise is a young player, sometimes he will make mistakes and miss something, but I don’t have any doubt about putting him in the starting XI,” added Vieira.

“Today he was disciplined, and he has grown as a player.”

Even after Vieira had substituted both goalscorers in the 74th minute, a third Palace goal looked more likely than a reply from the hosts as the Eagles closed out their first league win outside London since April.

New owner Bill Foley and minority owner Michael B Jordan were introduced to the Bournemouth crowd before the game, with a touch of Las Vegas glitz added to the pre-match atmosphere as half a dozen pitchside flamethrowers, more usually seen around the boundary in Twenty20 cricket, greeted the players’ arrival on to the pitch.

When Foley travelled to Dorset in October to sign the takeover paperwork, he watched O’Neil’s side come from behind to beat Leicester 2-1, but a Hollywood-style comeback looked very unlikely after the second goal left Palace in full charge.

And a year which featured the highs of promotion to the top flight, and the lows including a 9-0 thumping at Liverpool, concluded with something of a damp squib.

The afternoon was summed up when substitute Siriki Dembele curled a tame late effort straight into the arms of Guaita, to be greeted with the home fans ironically chanting “We’ve had a shot”.

Foley has already announced some bold plans for the Cherries’ future, but back in the present, a fresh injection of signings in January may be the top item in his in-tray.

“There are no excuses, and I take full responsibility,” added O’Neil.

“The Premier League is ruthless, if you’re going to perform like that and not do your job from set plays, it’s going to be a long afternoon.

“We’ve achieved a decent points tally with the group of players we’ve got, but as with the other 19 teams in the league we’ll be looking to improve [the squad] in January.” 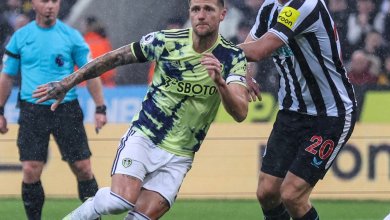 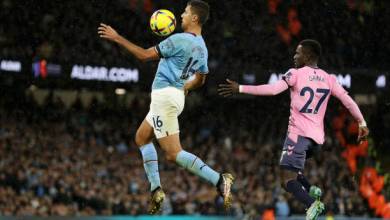 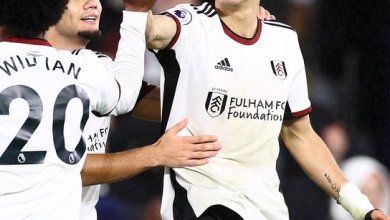 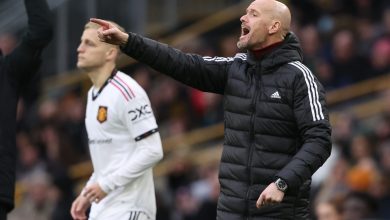 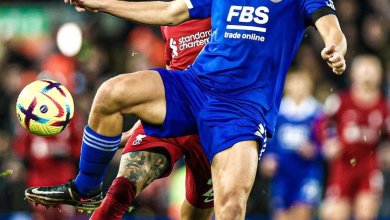 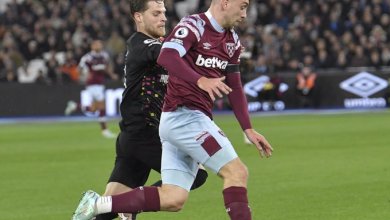