Controversial music mogul Nota Baloyi did not spare mercy for sportscaster Mpho Maboi when he dragged her for filth during his recent interview.

Nota has become notorious for unfiltered commentary on pop culture and feuding with Mzansi’s celebs. In a clip making the rounds on social media, comes to Sizwe Dhlomo‘s defense following rumors that he allegedly had a hand in the firing of Kaya FM station manager Sibongile Mtyali.

This comes after reports emerged earlier this week that Mtyali was shown the door by the station for reportedly refusing to axe Mpho Maboi after Sizwe complained about her.

Now, Nota has attacked Mpho’s sports capabilities. The former music exec started off by praising Sizwe Dhlomo as an excellent man at his job and said women seek to bring him down because of his accomplishments

He insinuated that Mpho has zero knowledge of sports. “What does she know about sports? Other than swallowing a soccer player’s c*m? Seriously that is all she knows. That’s the only credential we know that she swallowed this soccer player’s c*m he played for Kaizer Chiefs, so therefore she got her credentials,” he said.

He went on to accuse incompetent women in sports of being gatekeepers because they apparently slept their way to the top. According to Nota, Pabi Cooper had to make it big in music to accomplish her dream of becoming a sports presenter.

To jog your memory a bit about the Mpho and Sizwe Dhlomo’s drama. ZAlebs reported that earlier this week, Kaya FM Sibongile Mtyali was reportedly fired from the station for refusing to fire Mpho after Sizwe reported Mpho to her for her late-coming incidents.

Social media users accused Sizwe of being a toxic co-worker and snitching on Mpho.

Following the major backlash Sizwe received, he took to Twitter to set the records straight and penned a detailed thread about what exactly happened between himself and Mpho Maboi.

Detailing his issues with Maboi’s tardiness. Dhlomo started the thread by explaining that:

“Okay, let’s correct some inaccuracies… We had a great sports person in Sandile Van Heerden. Amazing guy who always pitched in with the rest of the team we had built to contribute to the rest of the show & station.”

He said he was called into a meeting to inform him that Mpho would be joining the team, meaning that Sandile would be making his way out.

“She asked what I thought about that, I said “no problem, mina I’ll work with whomever you give me”. No reason was given for Sandile’s removal. Okay, cool,” he said.

According to Sizwe, Mpho started missing their daily meeting where they prepare for the show a week after joining and this jeopardizes the quality of the show “Our show meeting starts at 13:00. It’s something I instituted when I first got to Kaya. Everyone attends & if you aren’t in the building at the time, you can do so virtually. No problem

Mpho started missing those, literally a week after joining our show. It meant she didn’t know what was being discussed, it meant she would sometimes not have a sports trivia prepped on air & that was jeopardising the quality of the show,” he said.

Sizwe said he spoke to her twice on record and when she continued, he went to her manager for him to address it.

“She then skipped her manager & called Sbo instead. I then asked why did you remove a person who obviously could deliver for someone who couldn’t?

The following day, HR then tried to send me an email telling me that our show meeting should be moved to accommodate Mpho & that I should no longer be involved in the music department as I had always been. That I shouldn’t be at work from midday anyway. Lol!,” he explained.

In conclusion, Sizwe said “I reported that directly to the board, copying both Sbo & HR. The board launched an investigation, staff members came forward to testify & I suppose this is the outcome of it.”

Okay, let’s correct some inaccuracies… We had a great sports person in Sandile Van Heerden. Amazing guy who always pitched in with the rest of the team we had built to contribute to the rest of the show & station.

Cassper Nyovest has taken to social media to reveal that he has bought 100 root of fame sneakers and donated them. The rapper is to host Fill Up 2022 on the 3rd of December at Mmabatho Stadium, and he is super elated. 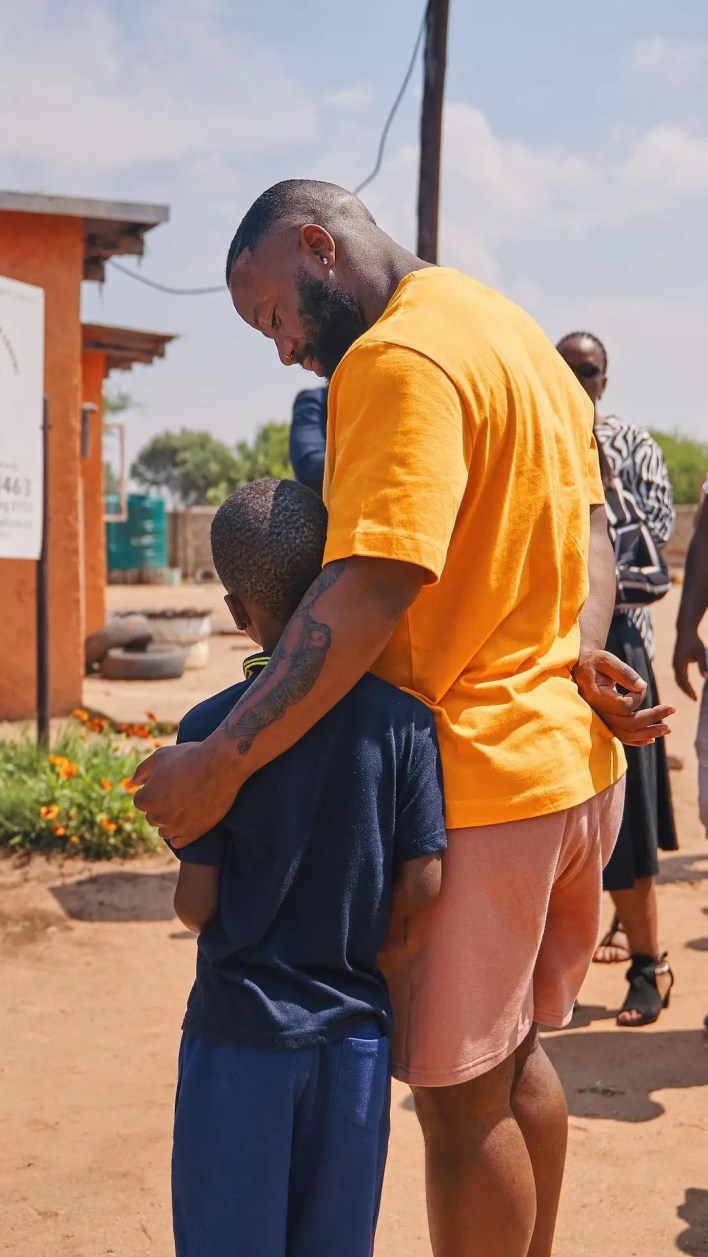 Cassper then stated that he will be giving back these in collaboration of Fashion and Music for a purposeful outcome. Learn more