Loved for its heartwarming depictions of one of life’s biggest events, Our Perfect Wedding has also been a platform that has enabled new and fresh presenters to flourish and connect with viewers over the seasons.

It’s for this reason that Mzansi Magic is proud to announce that Lebogang Tlokana will be joining current host Nomsa Buthelezi for season 12 of Our Perfect Wedding.
Tlokana might be new to the Sunday night primetime favourite, but she’s no stranger to the spotlight. With a following of over 1.8 million on Facebook, half a million on Twitter and Instagram, the chef is a social media sensation, loved as much for her fabulous recipes as she is for her hilarious and relatable videos.

‘The Funny Chef’, as the Pretoria native is affectionately known, has an impressive CV: she’s acted alongside David Kau in the film Leeto la Taxi; had a role in the Mzansi Magic telenovela The River; hosted the DStv Mzansi Viewers’ Choice Awards red carpet; and graced numerous magazine covers.

“One of the things we’re most proud of and committed to as a channel is giving different creatives the platform to share their talent and energy on new platforms. From the onset , Our Perfect Wedding has been one of the leaders in this regard: it has continued to refresh itself with an interesting and versatile range of presenters, all of whom have connected with viewers in their own way. We’re proud to keep the tradition going,” says Shirley Adonisi, Director of Local Entertainment Channels at M-Net.

While weddings are about love, union and families, they are also about the dress, the décor and the food. As the first chef to host OPW, we’re sure Tlokana will have plenty to say in that department. She make her debut on the 6th March.

Women go for breast enlargements and reduction for numerous reasons. Some of Mzansi’s female celebrities have also had these surgeries, so they have a flatter or a fuller chest region 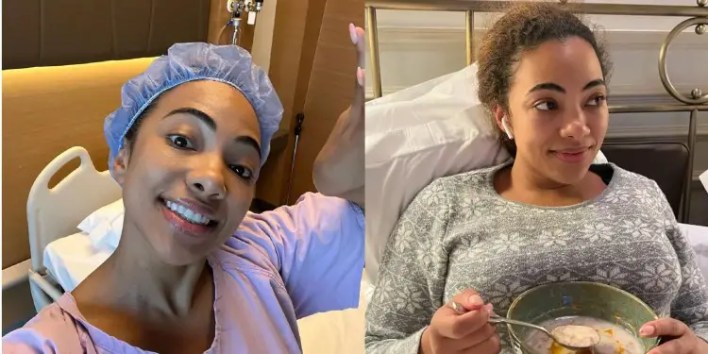 Actress Amanda du-Pont recently flew to Turkey for breast implants. With the implants, she can have a fuller looking chest which will go well with her fit body. Learn more

The Wife Breaks Its Own Showmax Record

Heels every lady should own