Singer and reality TV star Kelly Khumalo has fueled speculation once again that she is expecting baby number 3.

In September, the singer sparked pregnancy rumors after she was spotted with a visible baby bump at Shoprite, and fans wondered whether she was expecting, but sources close to her, have confirmed to Zimoja that she is indeed having a baby.

Kelly Khumalo is blessed with two kids already. She had her first child Christian, with Uyajola 9/9 presenter Jub Jub, and her second child Thingo with the late Bafana Bafana captain Senzo Meyiwa.

The pictures fuelled speculation that she is pregnant. Her fans took to the comments section to congratulate her on her pregnancy.

A post shared by The Voice Of Africa (@kellykhumaloza)

According to a former friend of the star who spoke to Zimoja, the Empini hitmaker is expecting her third child with former Kaizer Chiefs midfielder and boyfriend Mthokozisi Vincent Yende. The pair have apparently been dating for three years now.

The former friend said Kelly has been moody lately due to their fallout. “She has been dating her footballer for some time now. But I don’t know If they are still seeing each other because we have not spoken for a while because she has been very moody,” said the source.

She added “Our friendship has been on and off but I know we will be okay soon. Well, as soon as she gives birth, I know things will be okay.”

Another source who did not want to be named said the singer has entered her second trimester. “She’s approaching five months now. She doesn’t want to give us the exact dates. But Kelly loves kids. She looks good and she’s happy to be with a man that loves her,” she said.

It is without a doubt that Kelly has had quite an eventful year. This year she was under scrutiny as she was accused of having a hand in the murder of her baby daddy Senzo Meyiwa.

In an interview on eNCA, she expressed her dissatisfaction with the justice system in the country.

“As a South African citizen I trust and believe in the law to protect not just me but my family, and our society but with what has happened to me. I’ve had my life threatened, I’ve had my family threatened multiple times, and I feel like the law is not coming into place to protect and make me feel like it is in my rights to have protection,” she stated.

The singer had to clear her name after advocate Malesela Teffo announced that witnesses will be called to testify that singer Kelly Khumalo mistakenly shot Senzo Meyiwa.

In her reality show Life With Kelly, the singer said Teffo was seeking attention when he made the damning claims.

“This is very disturbing. Extremely disturbing. There are so many scenarios that South Africa has had. How desperate can one be to try and put me in jail for something that I did not do? My thing is that, that Advocate is desperate for attention.”

“And he knows that every time he mentions my name, he trends. Every time he gets up ‘my lord, Kelly Khumalo’. Argue. Make your submissions. We are here to find out the truth about what happened to my daughter’s father,” said an emotional Kelly.

In Other News- Tweeps Defend Kelly Amid “Pregnancy” Rumours

South African singer and reality TV star Kelly Khumalo has fueled speculation once again that she is expecting baby number 3. 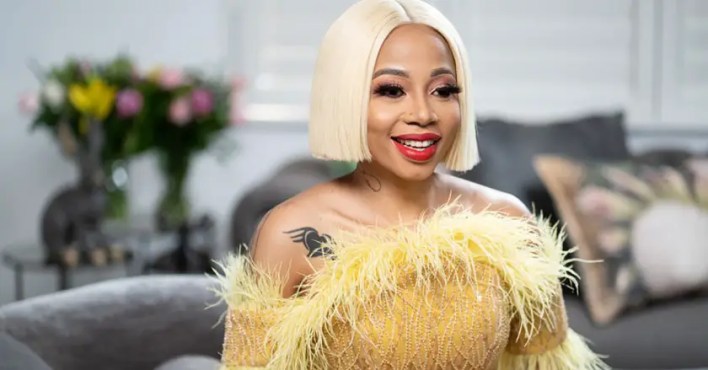 In September, the singer sparked pregnancy rumours after she was spotted with a baby bump, and fans wondered whether she was expecting, but sources close to her have confirmed to Zimoja that she is indeed having a baby. Learn more